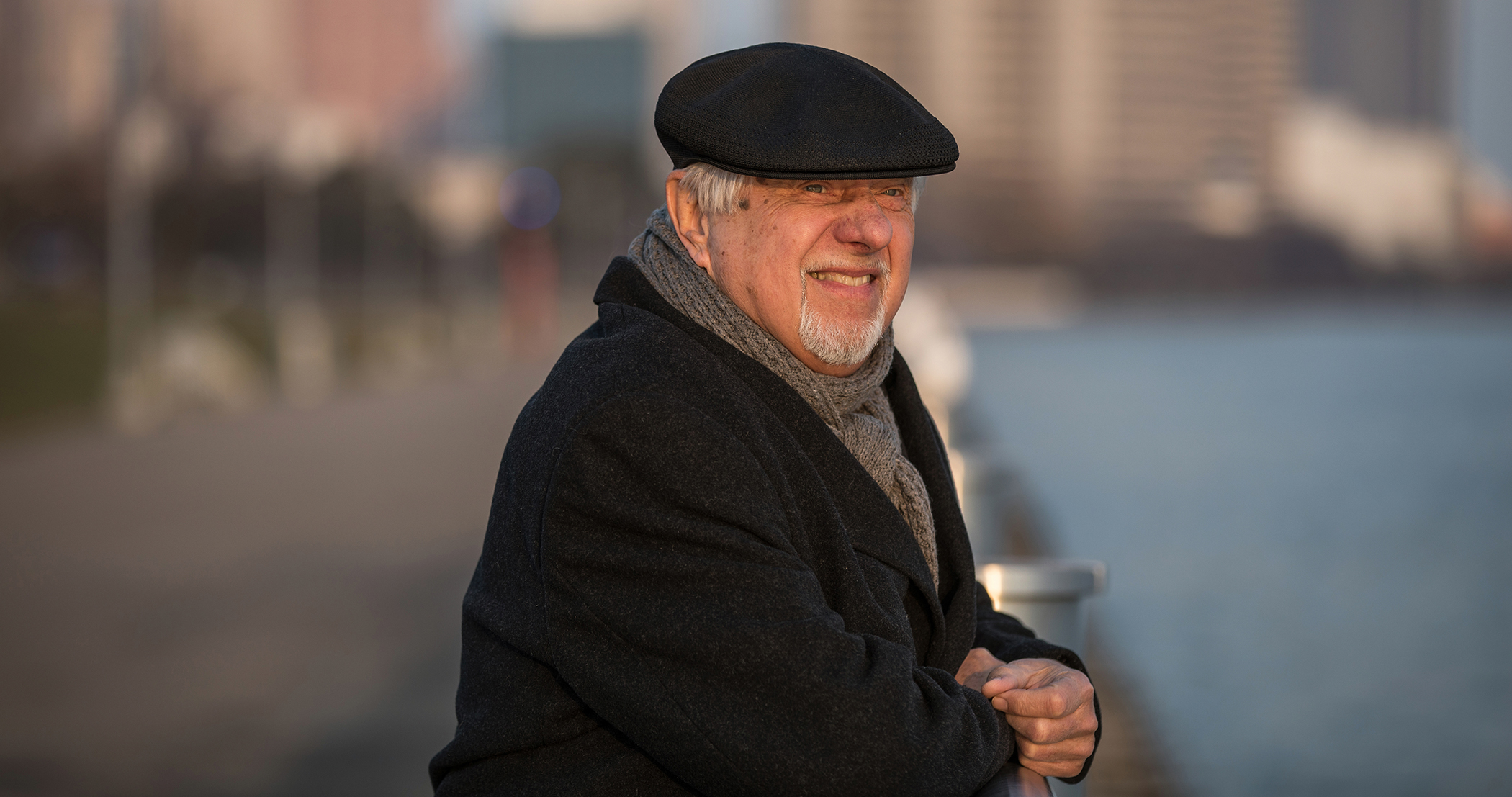 Every year, thousands of music lovers from all over the world make a pilgrimage out of visiting Detroit’s Motown Museum. They step into the time capsule that is Studio A, the room where the sound of an era was pioneered. Among the many musical artifacts, a Gibson 335 played by legendary Funk Brother Dennis Coffey sits right where he used to sit during sessions. There’s a wah wah pedal plugged into the mixing board, just as it would have been back when Coffey was introducing a brand of funk guitar that had never before been heard in mainstream R&B. It’s a room that marks one of the most significant musical moments in time, and Coffey was an integral part of that moment.

A couple miles up the road from the museum, Coffey packs in fans at Northern Lights Lounge week after week, as well as playing periodic events at the Dirty Dog Jazz Cafe in Grosse Pointe. For more than a decade they’ve been showing up to see the living guitar legend play. While many come because of his history with Motown, they soon discover that the swath of Coffey’s musical career covers far more terrain.

As much an iconic session guitarist and performer as he is an accomplished producer, arranger and writer, Coffey started playing professionally as a teenager during Detroit’s indie-label heyday. At 15, he did his first session date on the Gondola label for Vic Gallon’s “I’m Gone.” By age 16, he was working with Fortune Records and Berry Gordy.

In 1968, Gordy purchased the Golden World and Ric Tic labels and Golden World Studios became Motown’s Studio B. Coffey was hired as a full-time musician for the Producer’s Workshop at Studio B. The workshop was an incubator for Motown’s in-house producers to develop ideas. Among the hits to emerge from the workshop was The Temptations’ “Cloud Nine.” It featured Coffey’s innovative use of the wah wah pedal, and earned Motown its first Grammy.

Having proven himself with the success of “Cloud Nine,” Coffey officially became part what some call the world’s greatest rhythm section to ever exist: Motown’s Funk Brothers. He appeared on dozens of hits, while continuing to record for other labels, including Holland-Dozier-Holland’s Invictus and Hot Wax. He also recorded at Muscle Shoals on Wilson Pickett’s last album for Atlantic Records, Don’t Knock My Love.

His work outside of being a session player hit its stride when Coffey and the Detroit Guitar Band struck success with the million-selling single “Scorpio,” which he wrote. It was popular in New York dance clubs and Coffey performed it live on Soul Train; he was the first white artist ever to play the show. The instrumental cut has become a funk classic, and went on to be sampled on multiple hip-hop tracks. Beyond its commercial success in the 70s, its significance is considered foundational in the history and development of hip-hop.

Coffey’s new record on the Detroit Music Factory label, Down by the River, marks the first time he’s released an entirely traditional jazz record. Although he’s put out contemporary jazz recordings in the past, listeners can expect Down by the River to swing.

As a bonus to Coffey’s exceptional guitar performance, we get the treat of hearing him sing a couple tunes: “Kansas City,” as well as Jimmy Reed’s “Baby, What You Want Me to Do?” are both beyond enjoyable.

To some, it may seem like a shift from the style of guitar he’s renowned for: a funk guitar trailblazer and Motown hit-maker. But as a traditional jazz album, Down by the River is perfectly aligned with who Coffey is as an artist.

“I’ve been playing jazz since the early ‘60s,” he says. “I knew Wes Montgomery. I used to go hear him at the Drome Lounge in Detroit. When I was in LA, I’d go over to Joe Pass’ house and hang with him. I was always doing jazz.”

Even as Coffey was turning out Motown hits, he was playing Detroit’s most popular jazz clubs on the side. In ’68, he was playing regularly at the Frolic Show Bar with organ player Lyman Woodard and drummer Melvin Davis. Later the trio had a standing gig at Morey Baker’s Lounge.

Coffey points to the difference in his approach between his session work and his work where he’s a featured artist.

“Making records at Hitsville was a very creative process in which the whole was greater than the sum of the individual parts,” says Coffey. “That’s the part that people don’t talk about. It was the teamwork that really made those records work, that’s what we did.”

Not to say that the individual musicians weren’t bringing their distinctive talents to the sessions – that unforgettable opening guitar line on “Just My Imagination” … Coffey made that up on the spot, playing music they had never seen nor rehearsed before the session, as was often the case. But as he puts it, he played, before anything else, what the music called for.

By contrast, Coffey’s solo work is much more singular. When he’s the featured artist, his style comes through regardless of the genre of music. Whether it’s a funk tune or a jazz standard, you can always tell it’s him.

As a traditional jazz record, what we hear on Down by the River may reflect less of the structure of Coffey’s most famous session work, and perhaps echo more of what he was playing in the listening clubs of Detroit during that same era.

As can be expected, the lineup of musicians that join Coffey on the record are some of Detroit’s best, including: Steve Adams, Phil Whitfield, John Barron, Mark Byerly, John Rutherford, Keith Kaminski, Damon Warmack, Gayelynn McKinney and Demetrius Nabors.

Just as Berry Gordy said to him of Detroit musicians, “he told me he never could’ve started Motown in any other city but Detroit because of the talent that was here,” Coffey holds the same high regard for Detroit talent.

“I’ve lived in LA and New York, and Detroit has the best musicians in the world,” he says. “They step up. I’ve never been disappointed when I’ve recorded in Detroit.”

Down by the River is made up of jazz and popular standards, including a Django-esque version of “Shadow of Your Smile” that features the flavor a Gypsy-style guitar. There’s also an impressive Latin take on “Cherokee,” which showcases the level of musicianship that Coffey has gathered for the record, not mention his own decades-honed chops on the impossibly challenging standard.

And speaking of Motown, the album also features a rendition of “Just My Imagination.” So is Coffey concerned with the cut being anything less than “new?” Not one bit.

“That’s what jazz is all about,” he says. “I never play the same thing twice. It’s a musical point in time.”

Down By The River

Inside the mythic Studio A exhibit at the Motown Museum, you can see an actual Gibson 335 guitar and wah-wah pedal Dennis Coffey would use in recording “Cloud Nine,” “Just My Imagination,” and countless other R&B classics. It’s positioned in the exact location where he performed his tracks.