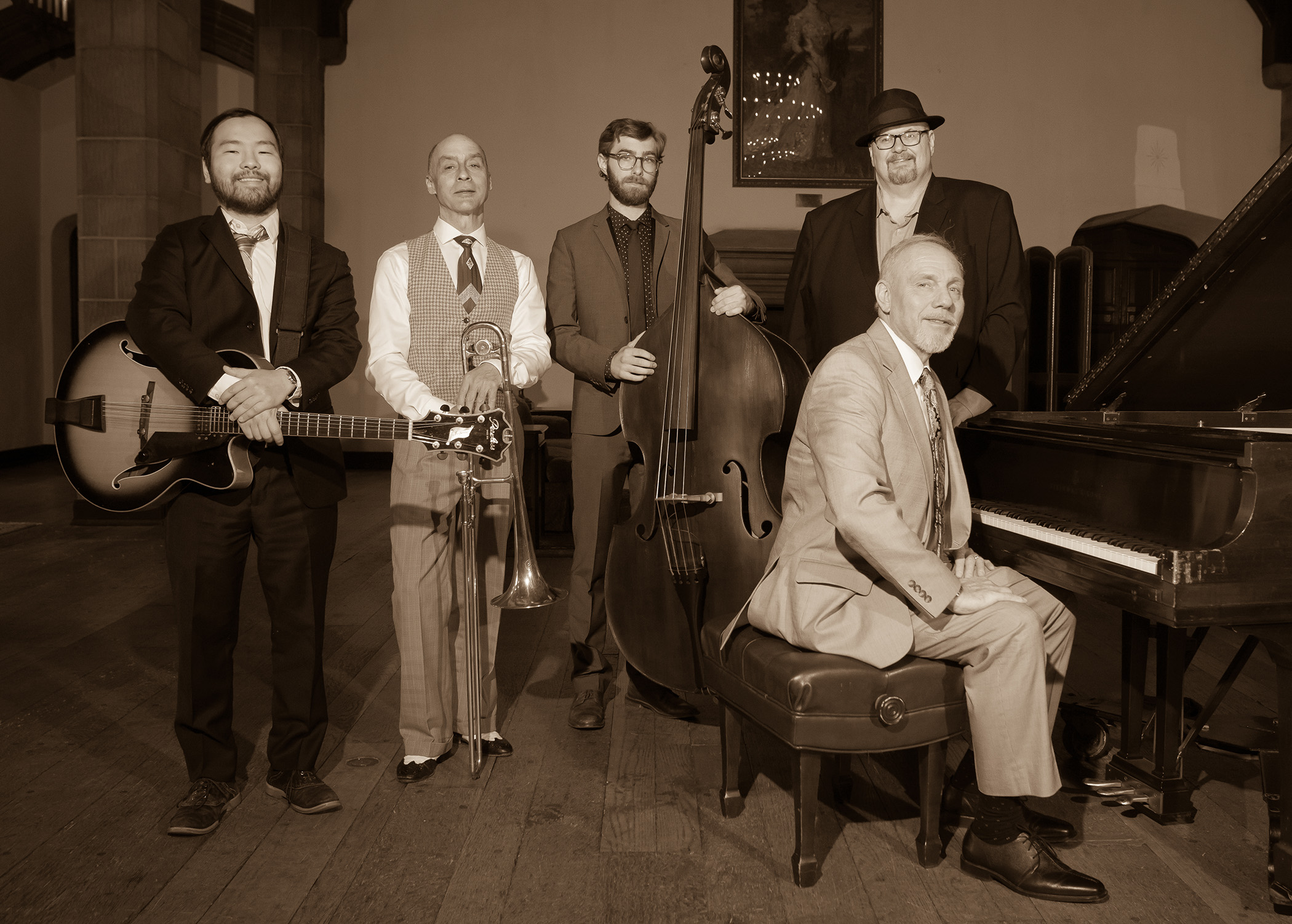 One of John “Tbone” Paxton’s prize possessions hangs just above his piano. It’s a caricature drawing of his late father, musician Fred Paxton, drawn in 1949 at theLondon Chop House. The elder Paxton was a highly regarded pianist, clarinetist and music teacher. Many of Detroit’s great bebop artists had been students in the school where he taught music, and he was a regular on Detroit’s jazz scene. Among his frequent gigs was theLondon Chop House, where he played piano for five decades.

“He was quite a guy, my dad,” says Tbone, who now plays theLondon Chop Housejust as his father had a generation ago. “Definitely my greatest musical influence in life.”

Following in his father’s musical steps, Tbone is a true son of the jazz age. He has played with many of Detroit’s great band leaders. Fans ofDetroit Music Factoryrecording groupPlanet D Nonetknow Tbone as the band’s featured singer and trombone soloist, but he has also shared stages with such prominent jazz, blues and R&B luminaries asEarl King, Sir Mack Rice,Pinetop PerkinsandEddie Palmieri.

Tbone’s discography spans dozens and dozens of recording projects, but his 2020 release onDetroit Music Factory, Back in Your Own Backyard, marks the first time he’s the featured artist on a full-length CD. He’s joined on the record by his longtime musical partner and fellowDetroit Music Factoryrecordingartist, drummer RJ Spangler, as well as the RJ Spangler Quartet, and a number of guest artists.

The tracks on Back in Your Own Backyard are a selection of pre-WWII jazz and transitional rhythm and blues tunes. They’re not the most famous tunes, but they’re some of the most moving. This isn’t Gershwin or Cole Porter; these are tunes from the dark corners of “The Great American Songbook,” or as Tbone likes to call them, “the non-standard standards.”

Many of the tunes on Back in Your Own Backyard were curated for their powerful lyrics, and “Room With a View of the Blues” is no exception. It’s a song that Tbone performed regularly with one of the world’s great soul and bluesmen, the lateJohnny Adams. It speaks to the loneliness of finding yourself in a place where you’re not with another person, and the longing for that missing connectedness. The lyrics are heavy with a sense of loss, and Tbone’s interpretation is fraught with honesty and emotion. The pared down arrangement on the track is decidedly bluesy. The horns are simple and the solos, as any good blues tune should be, feature guitar and piano.

Perhaps one of the reasons Back in Your Own Backyard hits you in all the right places is that Tbone draws on the strengths of the musicians on the record.

The album’s lone instrumental is “Petite Fleur” by legendary New Orleans clarinetist Sidney Bechet. Chris Tabaczyski’s metal clarinet does a beautiful job mimicking the brightness of the C melody saxophone Bechet was known to play. The arrangement features a fluid musical conversation between Tabaczyski and Tbone, each in turn playing the melody, while the other plays harmony around him, always in the open space, never on top. Then each time they came to a big turnaround, they played in two-part harmony. The resulting mood is exotic and plaintiff; dual like the light at twilight.

While the music of “Back in Your Own Backyard” was written nearly a hundred years ago, Tbone finds energy in a growing number of younger listeners. He points out that the live music scene in New Orleans is filled with enthusiasts in their 20s and 30s that are fully engaged, from a deep cultural understanding, with pre-war jazz.

“Young people are really digging reaching back in time,” says Tbone. “Because it’s jazz, there’s still freshness and spontaneity in the experience. It’s still being performed live so they’re able to appreciate it for the artistry that it is.”

Back In Your Own Backyard

Now Playing:
Back In Your Own Backyard

October 14th & 15th, 2020, the band will be performing songs from their latest release.

John T-Bone Paxton and the RJ Spangler Quartet will host an release party for their new album, “Back in Your Own Backyard.”

It’ll be held on Sunday, March 1, at Cliff Bell’s in downtown Detroit. The start time is set for 7 p.m.

​For local jazzheads, the name John “Tbone” Paxton is a familiar one. Not only as a celebrated trombone soloist and rotating bandleader for Planet D Nonet, the Sun Messengers, and others, but also as a jazz and rhythm vocalist.