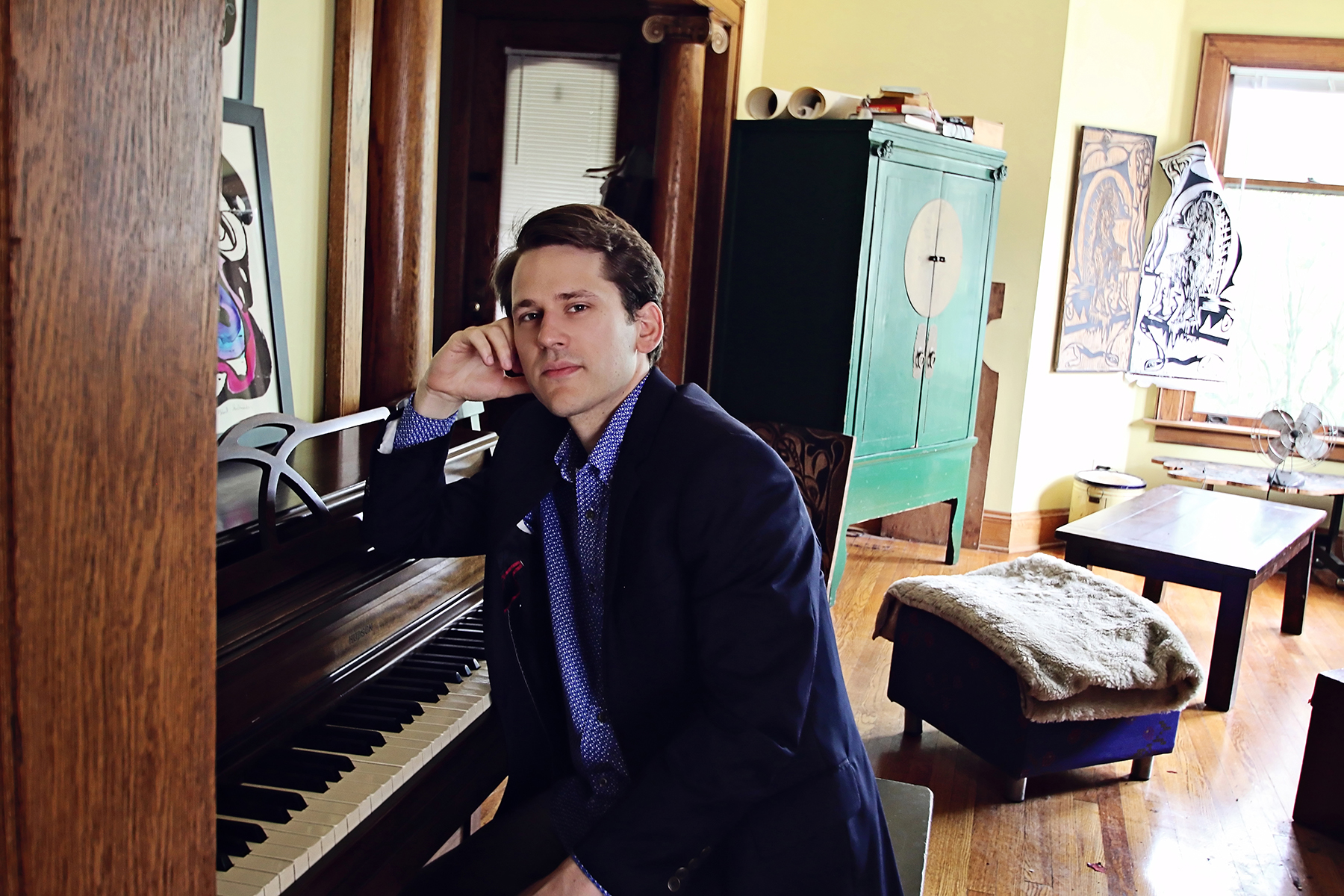 As a teenager, among his fellow young musicians-in-training, Glenn Tucker had a nickname: Borders. He was a walking encyclopedia of jazz history and reference, and a source for information as well as inspiration. Back then, his music teachers saw in him the electricity that comes along only once in a while, and today some of them experience it right along side him on the bandstand.

A gifted piano player and organist, Glenn is also a spirited composer and arranger. His pieces are written to relax players into giving their best, while still challenging the multi-generational talents that he’s known for bringing together.

And give their best is exactly what they do on Glenn’s first Detroit Music Factory release, Determination. The record is rooted in modern jazz from the ‘60s and ‘70s, but with a contemporary twist. The performances are a blend of seasoned-musician statesmanship and youthful energy and enthusiasm.

Recorded at Studio A in Dearborn, Michigan, during one of the most severe winters Detroit has experienced in a century, Determination took no small amount of determination.

“Just getting to the studio to record was a challenge,” remembers Glenn. The weather, coupled with trying to balance the busy schedules of in-demand musicians meant there was no time to waste. It was straight to business. “We’d get in there and it was very workman-like. But I think that experience added a dimension to the music that might not have been there otherwise.”

A collection of all originals written, arranged and produced by Glenn, Determination has a moody, dark intensity, which may best be embodied in the title track. “When we play it live, the [title] tune usually makes all the musicians step up,” says Glenn. “The feeling of that tune emotionally requires a certain commitment to make an impact. It always seems to bring that out of the musicians that are playing it. The recording captures that same energy.”

By track 6, however, the mood breaks and pivots. Upbeat and driving, “Keep On Turnin’’’ is a catchy, crowd-pleasing favorite.

Determination features some of the best musicians Detroit has to offer, from across the generational spectrum. Rafael Statin, the young one-to-watch tenor sax player brings an explosive energy, while jazz notable Dwight Adams glides through solos like drops off an ice cube…cool.

The cuts vary from solo piano to sextet. Other musicians featured on the record include Vincent Chandler on trombone, Robert Hurst on bass and Alex White on drums—a stellar lineup, from start to finish.

Much of Glenn’s playing has an anchor in the past, but his youthful inquisitiveness and creativity are what set his music apart. The 26-year-old is part of the exciting and talented younger generation of musicians charged with carrying on Detroit’s legacy as a city rich with jazz culture.

“I knew way back when he was in middle school that Glenn was going to be special,” says Detroit jazz musician and educator Sean Dobbins. Glenn spent several summers as a teenager with Sean at the Ann Arbor Public Schools Summer Music Camp, for which Sean is the Jazz Director.

Dating back to the ‘50s, Detroit has long been known for its tradition of mentorship in the jazz community, and Glenn’s experience reflects this custom.

Greatly influenced by a number of teachers and musicians (including Claude Black, Geri Allen, Harold McKinney, Sean Dobbins and a number of other great Detroit players), Glenn says some of the best experience came in the way of trust from experienced musicians who were willing to say, “just learn the music and play it well.” According to Glenn, it was the learning-by-doing that helped instill his sense of confidence and adventure.

“It carries a lot of prestige to be a jazz musician from Detroit,” says Glenn. “And it’s because of the mentorship in place here. It’s a regional scene that’s still intact. There’s the musical diversity, different traditions, but the thread is everyone gets along and talks; they help each other out, even the ones that have left. It’s seemingly such a simple thing, but in practice, it’s rare.”

In a short time, the jazz pianist/organist Glenn Tucker has transcended the rising star status on Detroit’s jazz scene and has developed into a bonafide jazz sensation.