Bringing Detroit Jazz to a world of new fans

Back In Your Own Backyard

Now Playing:
Back In Your Own Backyard

Back in Your Own Backyard marks the first time he’s the featured artist on a full-length CD. He’s joined on the record by his longtime musical partner and fellow Detroit Music Factory recording artist, drummer RJ Spangler, as well as the RJ Spangler Quartet,

and a number of guest artists.

While the music of Back in Your Own Backyard was written nearly a hundred years ago, Tbone finds energy in a growing number of younger listeners. He points out that the live music scene in New Orleans is filled with enthusiasts in their 20s and 30s that are fully engaged, from a deep cultural understanding, with pre-war jazz.

“Young people are really digging reaching back in time,” says Tbone. “Because it’s jazz, there’s still freshness and spontaneity in the

experience. It’s still being performed live so they’re able to appreciate it for the artistry that it is.” 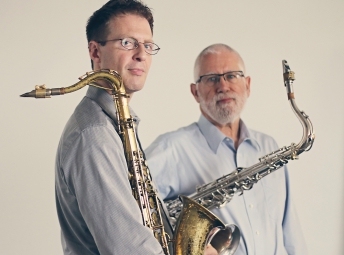 John T-Bone Paxton and the RJ Spangler Quartet will host an release party for their new album, “Back in Your Own Backyard.”

It’ll be held on Sunday, March 1, at Cliff Bell’s in downtown Detroit. The start time is set for 7 p.m.

​For local jazzheads, the name John “Tbone” Paxton is a familiar one. Not only as a celebrated trombone soloist and rotating bandleader for Planet D Nonet, the Sun Messengers, and others, but also as a jazz and rhythm vocalist.